A panel session at ACS Clinical Congress 2019 examines the evidence behind currently proposed techniques to prevent incisional hernias after midline laparotomy closure, including the use of prophylactic mesh and small-bite 4:1 suture closure.

At the American College of Surgeons (ACS) Clinical Congress 2019, there was an important session in which panelists discussed the advantages and disadvantages of using prophylactic mesh after closure of midline laparotomies to prevent incisional hernias. Ajita Prabhu, MD and Benjamin Poulose, MD moderated the panel session on October 28, 2019.

Heidi Miller, MD of University of New Mexico gave background on risk factors for incisional hernias, which she estimated at 12-13% incidence after closure of a laparotomy. She characterized incisional hernias as “mostly due to technical failures,” including poor wound hemostasis or coagulopathy, too much inflammation of the wound and the associated abnormal collagen structure, and sutures without proper tension. With respect to the latter topic, she described how she likes to view the hernia as a chronic wound, with proliferation and remodeling dependent on proper tension of approximation. She also described modifiable risk factors associated with the patient. Smoking and diabetes affect tissue perfusion, with strong data supporting tissue ischemia associated with smoking. Tissue perfusion greatly affects wound healing, as do modifiable factors that affect inflammation, including proper wound care, nutrition (especially vitamin A intake) and obesity, which is associated with chronic inflammation. Additionally, obesity is also associated with increased risk of wound dehiscence and increased mechanical stress tending to open the wound ...

Eric Pauli, MD of Penn State discussed the research to date regarding laparotomy closure techniques and incisional hernia formation, which occurs in up to 28% of cases with various risk factors. The current practice is to use 2-0 permanent (e.g. polypropylene) or slow-absorbing (e.g. PDO) suture. The slow-absorbing suture provides initial strength as the wound heals, but then resorbs to enable complete healing. To minimize stress concentration in the tissue and maximize holding power, he suggested using a small needle and a self-locking knot that doesn’t slip and reduces the degradation of the suture tensile strength associated with more common knots. The main focus of his presentation was on the effect of the “bite-size” technique on incisional hernia rates. The concept was first introduced by Israelsson in 1993, who proposed that the optimal continuous suture length to wound length is a 4 to 1 ratio. Further research by this group showed that the small-bite technique (distance between suture loops) gave higher burst strength and also reduced the incisional hernia rate, from 18% to 5%. These results were further corroborated in 2015 by Deerenberg et al. in the STITCH trial, a 560-patient randomized controlled trial which showed a 21% incisional hernia rate for the large-bite (10mm) group, compared to 13% for the small-bite (5mm) group, a significant improvement. Dr Pauli closed his presentation by posing the question, “If the data clearly support using small bites for laparotomy closure to reduce the incisional hernia rate, why don’t more people use it?” He believes many surgeons simply don’t believe the data, and that the findings of this European study don’t apply to the obese American population. However, he argued the technique does apply to the obese as well.

Arielle Perez, MD of the University of North Carolina discussed the role for prophylactic use of mesh after laparotomies. She estimated the incisional hernia rate as high as 69% after aortic procedures, and 50% for the obese population. She then discussed multiple trials examining the effect of prophylactic mesh use or suture-only closure of laparotomies. The first trial was 1998, and it showed the use of polyglactin mesh in the obese had no effect on incisional hernia rate. However, since then there have been 14 more trials. While there has been large variation in these trials regarding laparotomy location, materials and closure type and technique (where specified), mesh use was associated with a reduced incisional hernia rate in all but two trials. In these two trials, researchers used a fast-dissolving mesh and a biologic matrix, which may have demonstrated the disadvantages of these types of matrices for this use. Dr. Perez did not discuss the relative effect of closure technique (e.g. small-bite) in comparison to use of mesh, and mentioned that the European Hernia Society had issued a guideline recommending use of mesh in certain situations, though with weak supporting evidence. She closed with a discussion of three randomized controlled trials (one including Medtronic’s ProGrip) with between 120 and 267 patients, in which each showed an improvement in incisional hernia rates for the mesh group and up to five years follow-up.

David Krpata, MD of the Cleveland Clinic concluded the panel presentations with a discussion titled “Is Mesh Benign?” He started by admitting that any conclusion about the safety of mesh for prophylactic use is constrained by the lack of long-term data concerning the safety of synthetic polymers in the body over decades, which is the duration of implantation in many cases. He believed the best data were those from the Danish registry that has been used for many studies of hernia repair durability. An analysis of this 3200-patient database showed a 5.4% cumulative mesh complication rate over a follow-up period of six-to-eight years. Moreover, mesh-related adverse events associated with both primary repair and prophylactic use continued to accumulate over the period of the analysis. Examples of intraoperative mesh-related adverse events included inadvertent enterotomies, which initially occurred at higher rates for earlier versions of mesh systems. Another example included a 733-patient study that showed a 2.4% mesh infection rate. Dr Krpata then described complications associated with mesh removal, in cases such as mesh infection. He made the analogy to hiatal hernia repair, in that use of mesh also made revision surgery more difficult, due to the often-required mesh removal. Dr. Krpata closed with a statistical argument concerning the choice of mesh. He posited that based on current data, the Minimum Number to Treat (MNT) to obtain benefit for one person from prophylactic use of mesh was eight. However, based on his review of long-term mesh complication data he proposed the Number Needed to Harm (NNH) was 20. Put more directly, it requires 16 people based on the MNT to obtain benefit for two people, but about one of those 16 people would be harmed by a mesh-related adverse event.

The panel session was then opened for questions. Dr. Rosen of Cleveland began the questions. He asked why a growing number of surgeons were using mesh rather than adopting the 4:1 suture technique as it clearly represents a less invasive, less expensive intervention. This initiated a broader discussion within the panel and the audience about the role of industry. Some suggested that industry is advocating for use of mesh, while there is no similarly influential support for 4:1 suture use, while others noted that the 4:1 suture technique requires a change in practice and adds 15-20 minutes to procedure time. There was some banter that this may be an optimistic estimate of the increased time, but the consensus was that with practice this was an achievable time. Another related question concerned the comparative lack of trials in the United States examining the effect of suture technique compared to trials examining the effect of mesh. The discussion again centered around industry sponsorship of mesh trials but no comparable sponsor of suture-length trials. One final comment did offer support for use of mesh, suggesting it had beneficial results and was supported by data.

Some surgeons appeared to have concerns about new indications for the use of mesh, which is clearly indicated for primary repair of hernias in many situations such as larger defects. While there have been discussions at other conferences regarding litigation surrounding hernia mesh use, there appears to be little debate that mesh use represents standard of care for certain situations. However, there appears to be resistance to expansion of mesh use where there may be viable alternatives. It’s unclear if this represents distrust of “industry,” though the tenor of the discussion may have led one to believe that was the case.

An opportunity exists to address this issue directly. The 4:1 suture technique has shown its ability to affect incisional hernia rates after laparotomies, but its use is not standardized enough to have been examined in comparison to prophylactic mesh in a rigorous manner. An “apples-to-apples” comparison of the relative costs and benefits of the two techniques could have a substantial effect on incisional hernia rates.

SmartTRAK is the leading source of competitive intelligence used by the top ten global orthopedic & top 15 wound care companies.  If you would like a demo of what SmartTRAK has to offer and how we can help increase proficiency, improve productivity and reduce costs for your company, just click the button below.

20 years of diverse medical device experience, including leading companies 3M, Coloplast and Boston Scientific, along with emerging companies. Leadership experience in product development, including championing the process for voice of customer and concept feedback sessions with key thought leaders. 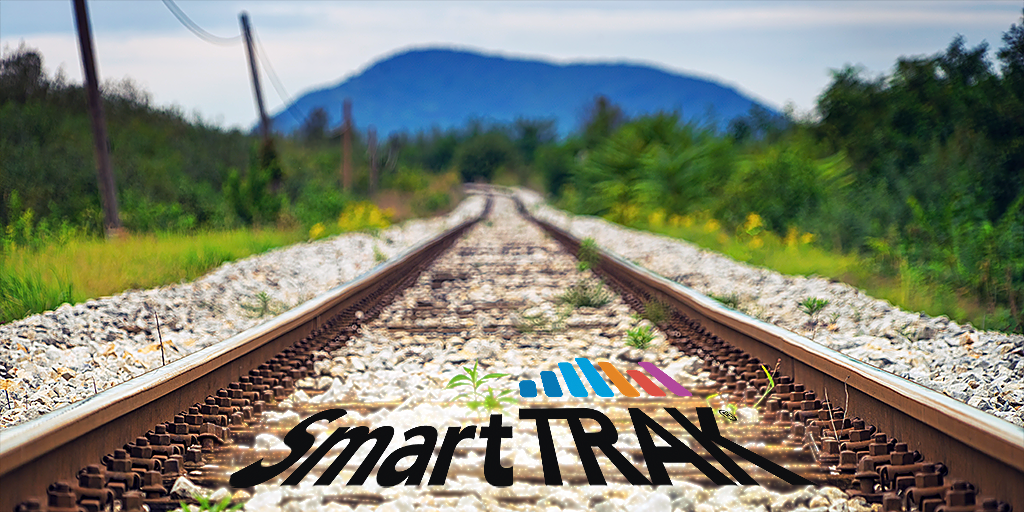 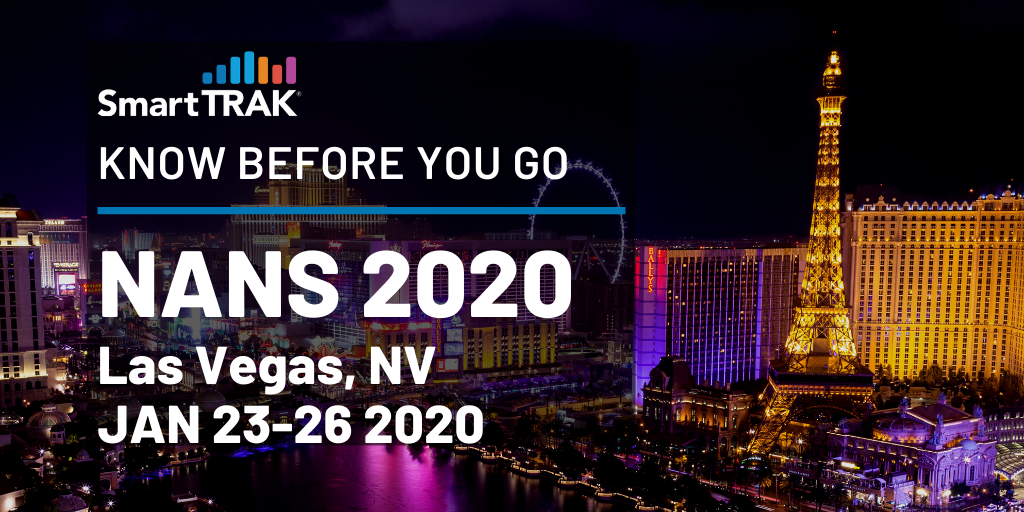