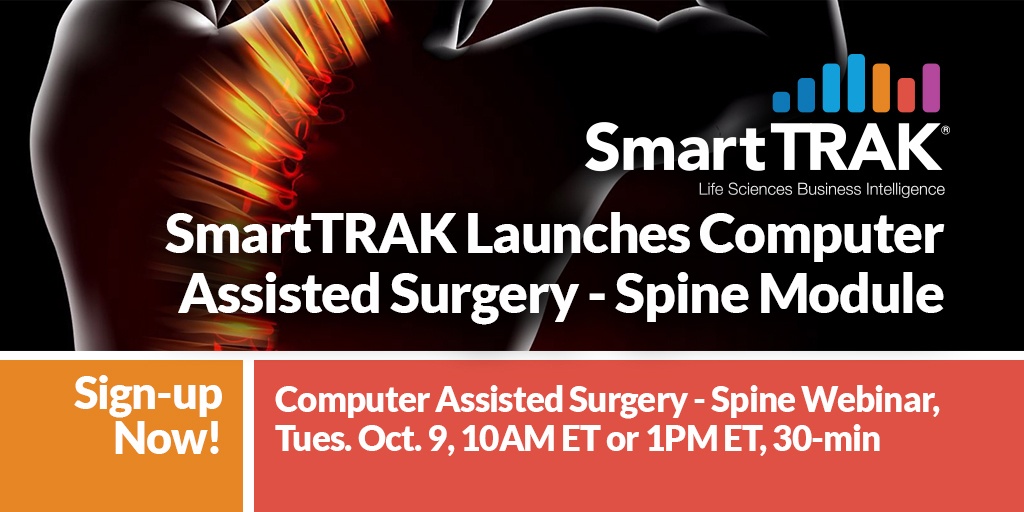 SmartTRAK’s Robotic and Computer Assisted Surgery modules will be managed by Elise Wolf, Senior Analyst, a biomedical engineer that worked at a startup out of Carnegie Mellon University on robotic technologies early in her career.

“This is such an exciting time in Computer Assisted Surgery for Spine procedures with the early adoption of Mazor’s and Globus Medical’s robotic systems, and several robotic competitors slated for release over the forecast period,” Wolf reports.

“In addition to robotic systems, the CAS market in spine is expected to grow significantly with continued advancements in active navigation and image enhancement capabilities and the expanding development of augmented reality and artificial intelligence technologies poised to create a paradigm shift in minimally invasive spine surgery in coming year.”