Philip Procter, CEO of GPBio & Co-founder of Biomimetic Innovations, shares the OsStic journey of discovery and its path to commercialization in an interview with SmartTRAK

Philip Procter started on a quest several decades ago to solve trauma hardware failure in patients through the development of an adhesive solution. The journey began in earnest after a UK meeting with craniomaxillofacial surgeons facing difficult problems they felt could only be solved with an adhesive technology in combination with implants. Procter was convinced early on that the adhesive solution would have to come from nature studying everything from gecko-based technology to sticky frogs in Australia to Mytilus edulis (common mussel) food protein. But it was after demonstrating the potential of a prototype glue in Sweden in 2014 that his journey led him to become a faculty member of the University of Uppsala, Sweden, and he and his partner Dr Gerard Insley working together with Professor Håkan Engqvist and a team of students developed the technology that is known today as OsStic: a technology with the potential to join implant to bone, bone to bone, soft tissue to bone, and soft tissue to soft tissue.

GPBio and PBC Biomed, both Irish-based companies, joined forces in 2020 to develop and commercialize the OsStic bone adhesive technology through the formation of a new company, Biomimetic Innovations Ltd. Company CEO Philip Procter shared more about the OsStic technology, how it came about and next steps for bringing the product to market in an interview with SmartTRAK’s Lisa Mahan. To find out more about the Company and its operation, click on the following video to listen to the interview, recorded via Uberconference. (17:49 min) A link to download a complete transcript of the interview is also provided below.

SmartTRAK: Can you give us an overview of the OsStic technology?

Philip Procter: So what is OsStic like? It's like making a souffle, really simple ingredients, but to get a great souffle you have to know what to do with the ingredients, it's the same with the adhesive. It's water, it's calcium and a simple amino acid, a non-essential amino acid called phosphoserine. And it's this amino acid that sea creatures such as mussels use to make their connection to surfaces underwater. It was the presence of phosphoserine that turns out to be an attractor to an enormous range of surfaces. Eventually, I figured out that what was going on in mussels sticking to things was also linked to the presence of phosphoserine in humans.

By chance, one of my PhD students in Switzerland had a substitute professor step in to do her doctoral exam. And this man, who'd been in America, Professor Georg Fantner sat next to me after her thesis presentation. And I say, ‘Professor Fantner, what's the burning research that you're working on at the moment?’ And Professor Fantner, says, ‘oh, we have found this really unusual mechanism in human tissues related to collagen that appears to be part of a reversible glue mechanism involving a material called phosphoserine.’

So I'm now really intrigued, but I'm also reassured that when this goes into a human being, after it goes through the first animal tests, we have a chance of showing compatibility. It could be a material that is as natural to us as all the other materials that we know that the human being is made of. So can we prove that it's safe? So we do an animal study. It's in small rodents. This shows that the material is ...

To download and read the complete transcript of the "OsStic: An Adhesive Technology for Ortho and Beyond" interview with GPBio CEO Philip Procter, just click the button below.

SmartTRAK is the leading source of competitive intelligence used by the top ten global wound care & orthopedics companies. If you would like a demo of what SmartTRAK has to offer and how we can help increase proficiency, improve productivity and reduce costs for your company, just click here. 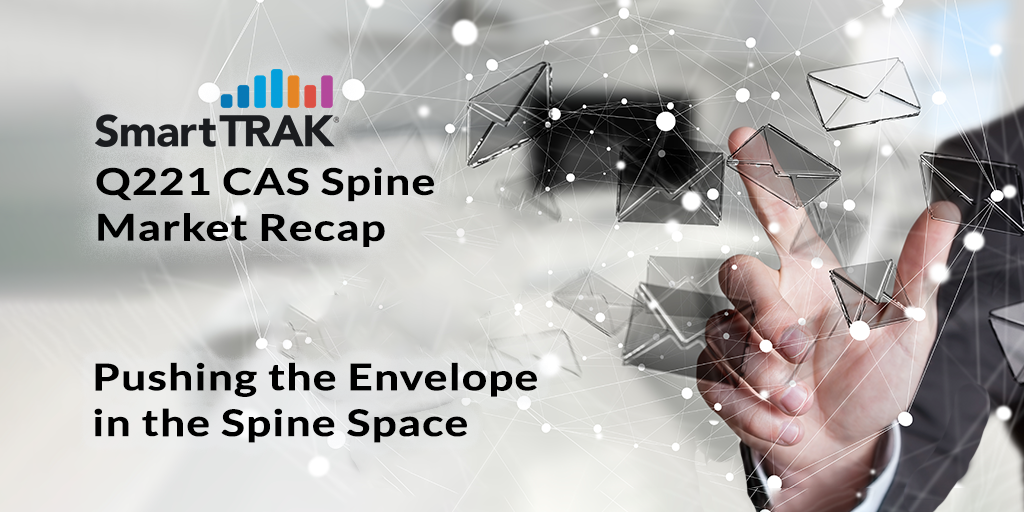