Enabling technologies, including robotics and navigation systems in spine surgery, are here to stay and were on display at the Spine Summit 2020 meeting held in Las Vegas, Nevada from March 5-8. While navigation has been around for decades, companies like startup TrackX Technology are taking the technology to the next level to provide real-time instrument tracking while minimizing radiation exposure during minimally invasive spine procedures.

In 2017, TrackX brought in $4.6MM in funding from angel investors and that same year was one of ten companies that received Orthopedics This Week’s Best New Technology Award for spine care. At this year’s Spine Summit, the Company showcased TrackX in the exhibit hall and researchers presented an abstract on the technology, which received FDA clearance in 2018. The 120-pt study found that navigated MIS-TLIF using TrackX resulted in shorter average fluoroscopy time compared to conventional and Mazor-assisted surgery. Additionally, TrackX-navigated cases had lower operative times compared to both robot-assisted and conventional surgery after a learning curve of approximately 11 patients.

TrackX CEO and Founder Robert Isaacs, MD discusses the TrackX technology, how it works and its advantages over other navigation technologies in an interview with SmartTRAK’s Julianne Burns. To see the interview recorded live from the exhibit hall at Spine Summit 2020, click on the following video. A transcript of the interview is also provided below.

SmartTRAK: Hi, I'm Julianne Burns, Senior Analyst of Spine for SmartTRAK and I'm here with Dr. Rob Isaacs, CEO and founder of TrackX Technologies and he's going to show us a little bit about the image guideance technology. So Dr. Isaacs, tell me a little bit about what TrackX is.

Robert Isaacs, MD: TrackX is a virtual live flouro. It allows us to, when you take an x-ray, you can see in between each x-ray you take. So it's like navigation, but it's really x-ray tracking. It's really done where you can continue to take x-rays as you would during a procedure and each x-ray you take, totally recalibrates the whole system and allows you to keep working, keep taking x-rays, keep confirming that you're doing the right thing and at the same time, take a lot less x-rays because you're going to be in the right position, at the right time when you're ready to advance the screw, put a cage in, really simple.

That sounds really neat. And tell me how it's differentiated from other navigation systems on the market.

RI: We're trying to simplify everything, from the entire user experience and hopefully no one ever touches the screen. It's simple to set up. There's nothing on the patient. It's take an x-ray and use that x-ray to your advantage. Use the information to allow you to guide the instrument where you want it. We are not afraid of taking some x-rays. We just wanted to take 80 and 90% less x-rays than you would normally.

That sounds great. Show me how it works?

RI: It's fairly simple. In general, you take a snap, we call these snaps. They're sterile, prepackaged, disposable widges you can pop onto instruments like so and that's how you make any instrument into a TrackX compatible instrument. To make it work, you will go and use this, which is ... You'll calibrate it and three seconds if it does that beep and then that's ready to work.

When you come in to take an x-ray ... Here, I'll take a pretend x-ray right there, and so the first step is there's two modes of TrackX. First mode is called Spotlight Mode. There's a circle where the instrument's going to, the tip of the instrument is going to be. The angle will be at the angle of the arrows. When you take an x-ray then, you are registered and you're now entering the Tracking Mode.

And so, we're not, again, it's okay to take x-rays, just don't take as many. We want to x-ray the position of a gearshift in this case, or a jamshidi and we don't have a knowledge inside the software of what the instrument is. We're simply allowing the x-ray to be the instrument. And therefore, no one has to touch the screen. No one has to program what it is, it simplifies the whole procedure.

So talk to me about facility targeting. Are you targeting a certain type of facility with this technology? Hospitals? ASCs?

RI: We feel like the smaller hospitals, ASCs, ones that can't necessarily tolerate a 3D C-arm and the like, might be ideal candidates for who we're targeting. People who are doing relatively simple procedures in volume and sometimes they're a relatively faster pace. We can speed up their case, make it more efficient and at the same time, dramatically lower the radiation. So, we feel like that's a really good combination.

SmartTRAK is the leading source of competitive intelligence used by the top 10 global orthopedic & top 15 wound care companies.  If you would like a demo of all SmartTRAK has to offer and how we can help increase proficiency, improve productivity and reduce costs for your company, just click the button below. 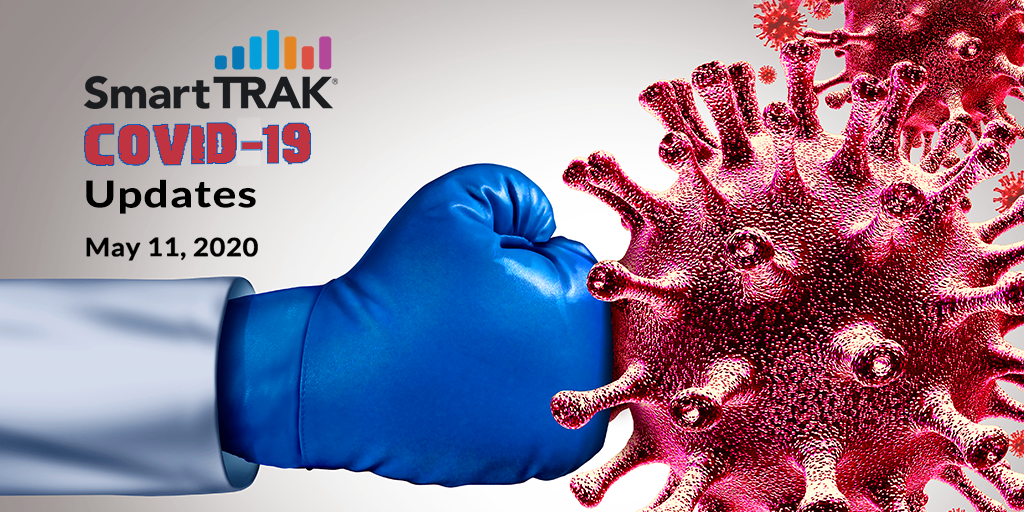