AAOS 2019: Arthrosurface Working to Stand Out in Shoulder Arthroplasty market

SmartTRAK interviews Arthrosurface CEO Steve Ek about the Company’s newest shoulder system, the OVOMotion, and what differentiates it from other current and emerging shoulder systems

The orthopedic industry has sharpened its focus on value-based care. Health care providers are looking for technologies that maximize care, reduce costs and increase efficiencies, while patients are seeking affordable treatment options that will restore their function and improve their quality of life. 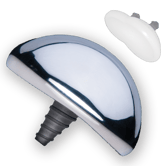 What do you feel differentiates Arthrosurface from other implant companies?

Steve Ek: We've got a number of really innovative products in each of the segments we're in. We feel like we have the most innovative product. If you look at our shoulder, for example, you'll hear words in the industry or buzz about stemless and totals. The new thing you're going to hear about is inlay glenoid. We've had a stemless shoulder since 2003, and we've had an inlay glenoid since 2011. Dr. Miniaci [Anthony Miniaci, MD of the Cleveland Clinic] has 10-year implantation data, so we feel like we are so far ahead of the curve. We're now publishing data, and with amazing results. Dr. Miniaci submitted a manuscript for shoulder data on our implants, and one of the reviewers challenged the range of motion data because he had never seen range of motion data that good.

You recently launched the OVOMotion stemless shoulder. What prompted you to develop the shoulder?

Steve Ek: Yes, we launched OVOMotion in October of 2018.

Years ago, Dr. Miniaci and I developed a knee implant. And, as we were developing, learned how to measure and map a joint, understand the geometry and recreate it. We worked through concepts of how to set the implant into the surface, attaching it so that it simulates what a natural joint would do in terms of the load into the bone. While we were doing that, Dr. Miniaci said, “Well, let's do the same thing for a shoulder.”

We learned a couple things about a shoulder. First, it's not spherical and symmetrical like most of the other companies thought, and Tony was one of the first guys in the industry to develop this concept of an ovoid-shaped head, so we named our implant the OVO. Second, that ovoid shape, plus the inlay glenoid, allow you to basically restore the normal sliding joint surface, but at the same time you don't change anything. So, you're restoring what was there before the damage, and the patients recover very quickly. Dr. Miniaci has phenomenal testimonials, and now, that original product has developed a legion of followers, and unbelievable stories of patients coming back in six weeks.

Our technology is very similar across each of our product segments. It's understanding how to map a surface of a joint, real-time, with an instrument set you have in the OR, how to recreate that anatomy and resurface the implant, and how to mount it into a surface and secure it into the bone. You'll see the common elements across all our implants.

What's been the experience so far with your new OVOMotion Shoulder? What kind of range of motion are patients getting? What has been the feedback from the surgeons?

Steve Ek: Well, we can tell you in clinical terms, that it looks like our numbers are probably 20 to 30% better in motion outcomes measures.

Dr. Anthony Miniaci: The two most important functional ranges are what we call forward elevation, lifting your hand up over your head, and external rotation, putting your hand out to the side. And, our patients seem to get at least 10 to 20 degrees more motion in both of those planes than if you compare it to the standard published literature with traditional total shoulder replacements that are available at this time.

What's the typical recovery time for the patients with OVOMotion versus a traditional shoulder?

Dr. Anthony Miniaci: We think they recover faster, although I still find conflicting timelines. But, the patients can either have the procedure as same-day surgery or as an overnight stay. And then, they have to let some of the soft tissues that you operate through to heal.

I have a patient from Portland, Oregon, who is a power-lifting champion. He actually went back to lifting competitively six months after one shoulder and one year after the other. So, he's had both of his shoulders replaced and he was a year out on one and six months out on the other when he won the world championships.

What was his condition? Did he have osteoarthritis?

Dr. Anthony Miniaci: Osteoarthritis in both shoulders. He couldn't get his arm out away from his side and he couldn't lift his arm much more than about 80 degrees this way [forward]. Now, you see him go overhead because he has to push the bar behind him when he bench presses. We restored all that motion for him.

Tell us about the instrumentation for the OVOMotion? Is it a smaller set of instruments? Have you engineered for ease-of-use?

Steve Ek: The instruments are laid out in a logical order which makes it easier for the surgical techs. We've streamlined some of the instruments. You can perform the operation with a single tray of instruments instead of rolling in four surgical trays.

It usually takes surgeons 20 minutes of exposure to get the shoulder exposed. Once they get that exposure, implanting the OVOMotion is probably under 20 minutes. We have surgeons telling us, "I did one today in 13 minutes." It's a very fast procedure once you get the exposure.

Dr. Anthony Miniaci: The ease of use, for surgeons, is game-changing because we use the patient's own anatomy to do a lot of the preparation. Some of the things that were left to the surgeon to sort of guess, in terms of the height, the angulation, has already been taken out of the system by the way that we prepare both the humeral side and the femoral side. It's made that much easier to use. All, at the same time, preserving as much bone as possible for the patient so that you don't actually burn any bridges, we have a lot of options if this doesn't seem to work for them. So, that bone preservation is key.

Is there a typical patient type for this shoulder?

Dr. Anthony Miniaci: The results have been good across the board. Whether they're an athlete, a professional weight lifter, or the 65-year-old grandfather that just wants to play with his grandkids.

There’s been a big focus, especially here at AAOS, about reducing the use of opioids. Do you have any data or are you collecting data on whether this shoulder and technique might affect the use of opioids after surgery?

Dr. Anthony Miniaci: We haven't collected any data, so I can't really speak to that part of it. But, I know that, anecdotally, these patients are off pain meds within a few days.

Steve Ek: One thing that I think other companies have overlooked is that for long term stability, you have to still transmit a load into the bone so that the bone gets the stimulation that it would normally. Otherwise, the bone is just going to resorb. So part of the engineering was taking the shell of material, making it as thin as possible, which our implants are very thin, thinner than anybody else, and we're trying to allow as much of that load to pass through into the bone. Transmitting the load into the bone with this tapered, conical screw, which has a layered thread, so with a compressive load on the top surface of the screw, helps pass that load down into the bone and stimulates the bone. That's one of the critical components of all our implants is that they stay stable. They don't loosen. Also, our design concept uses the patient’s own structures to help to shield the implant from shear forces.

Dr. Anthony Miniaci: Don't forget the shape of the head. The ovoid shape of the head does multiple things. It better replicates the movement and rotation of a patient's own, normal, shoulder. That's where this range of motion improvement comes from. And, there are some studies showing, because of the shape of the head, the stresses that the glenoid is subject to are much less. Some of the studies, some finite element studies, have shown that the stress can be reduced by eight times.

Steve Ek: We have phenomenal range of motion, and now we want the world to understand, we really are a motion company. We can give you back the motion. If you just want to get back to simple activities, and you don't need all that motion, that's fine. But if you really are a demanding person, and you would really appreciate that motion, we should be your choice.

So, what's next for Arthrosurface? What are you looking to do next? 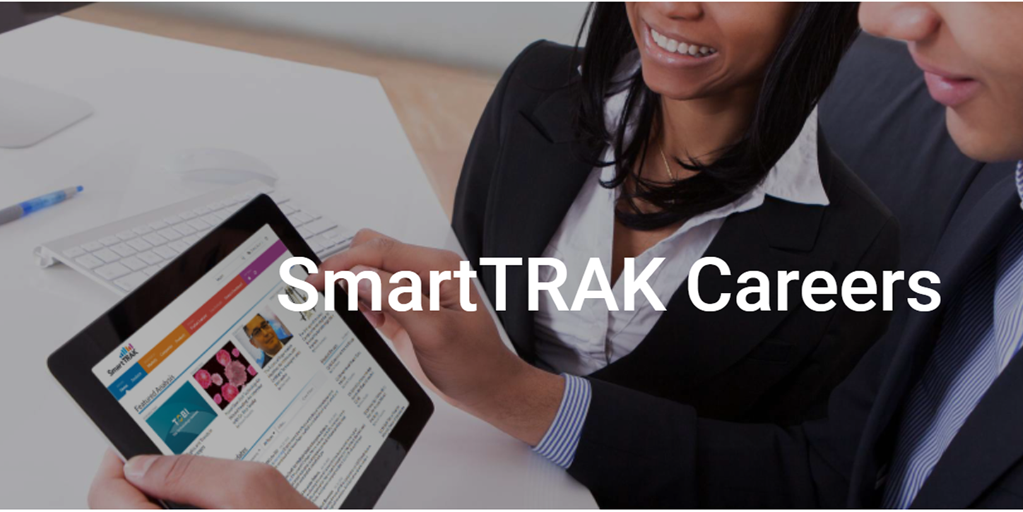 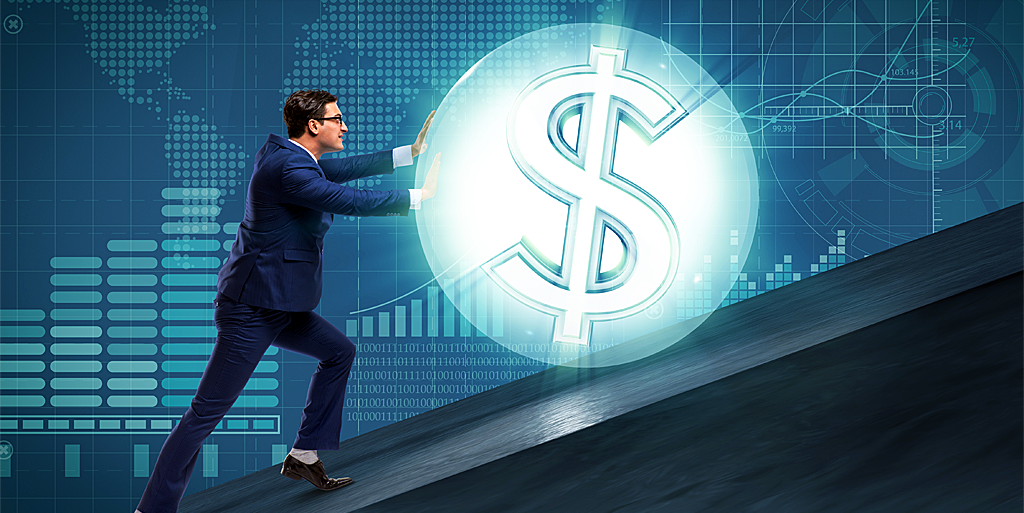 SmartTRAK is a comprehensive, easy-to-use, business intelligence solution that networks an entire organization with real-time market data and analysis, fostering an innovative and collaborative approach to market strategy while driving better decisions. SmartTRAK, used by the 8 of the top 10 orthopedic companies and by 14 of the top 15 advanced wound care companies, transforms the delivery of healthcare business information into a cost-effective solution for life science corporations to increase proficiency, improve productivity and reduce cost.